What are the best books on writing genre fiction?

I asked some of my writing friends to share the best books on writing. There are some great suggestions here, including several books I’d never heard of. I’ve included several of my favourites at the bottom of the list.

Michelle is a Science graduate (majoring in Zoology/Ecology) and speculative fiction author whose writing often inhabits the shady borderlands between genres. Check out her website here. 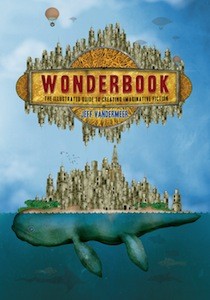 A really useful writing resource that also contains plenty to spark the imagination. Doesn’t come across as overly prescriptive either – to me at least, it feels very much like Vandermeer is aiming to help you develop the tools to write the story you want to write, rather than telling you to do things a certain way like some other books do. (Which is good for me because I tend to rebel against being told what I have to do and seem to have more success writing what I want rather than what I think will sell.) I rarely reread books but I will probably reread this. It also has some really good additional online resources like an editors roundtable showing how some of the top editors in the field assess a story.

Kat’s note: I loved this book so much I wrote a whole blog post on it. 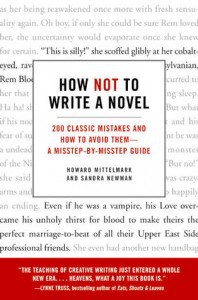 This one is a really fun read, but also really useful. I’d recommend that all new writers read it because it really targets those rookie mistakes that most writers make early on. In my experience, these are the kind of thing that appear in every second submission when you are reading slush. Not only does this book list the mistakes, it also shows you (often hilarious) examples that demonstrate why you should avoid things like ‘said bookisms’ etc. It is probably also worth reading for more experienced writers as a reminder every so often.

Steering the Craft by Ursula LeGuin

This one is full of different exercises to try that explore different elements of writing. And it’s written by Ursula Le Guin!

On Writing by Stephen King

This one is half writing advice and half biography. I found it quite inspiring and think it helped put rejections in perspective for me and encouraged perseverance. There are lots of good tips to try out here as well, even though not all of them will suit everyone. Even if you don’t like King’s fiction I think it would be worth reading.

Paul is a speculative fiction writer with a strong interest in understanding the mechanics of writing. He is currently editing his second novel. 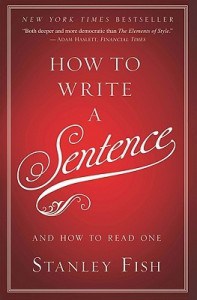 How To Write A Sentence And How To Read One by Stanley Fish (Harper, 2011)

This is a book that considers grammar, construction, form and content all as one thing, with the focus on artistic or well-crafted sentences, from Milton to Virginia Woolf. It approaches its subject from two directions: from a broad theoretical standpoint, and from the analysis of specific sentences. It could well have been three times the length, but as it is, it is a perfect example of how to combine technical and artistic viewpoints into an approach that doesn’t leave its subject dead on a dissecting table.

English Prose Style by Herbert Read (out of print, but available second hand)

Herbert Read was one of the great English art and education theorists of the early Twentieth Century. This book is perhaps broad on theory and sweeping statements, rather than technical analysis, but it contains long examples from writers as diverse as John Bunyan and William Faulkner, Joseph Conrad and Jonathan Swift. It strikes me as very connected to a tradition that stretches back to Aristotle, of flexible and intuitive appreciation, rather than mechanical classification. If you want to broaden your appreciation of the historical breadth of writing in English, and of thinking about writing, this book is a must.

Thomas Benjamin Guerney is a writer living in Melbourne. 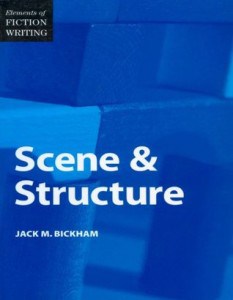 Recommending this book breaks my rule of only taking advice from authors whose work I have read and enjoyed, and I have read none of Jack M Bickham’s 75 mostly forgotten novels. But in Scene and Structure he creates such a useful writing tool that he deserves to be mentioned. He breaks down everything in a story, from an overarching plot to a single paragraph, into elements of stimulus and response, cause and reaction, and its surprising how problems with prose become so obviously fixable when approached with this method. It’s also all about structuring action and the emotional responses to the action in a way that feels true and keep the story moving.

The Liar’s Bible by Lawrence Block

The Liar’s Bible is a collection of crime writer Lawrence Block’s Writer’s Digest columns, although it’s not specific to crime writing itself. The book is filled with practical advice and encouragement. I particularly liked his irreverent tone and honesty. Highly recommended for aspiring writers, especially if you’re struggling with making ends meet.

The Anatomy of Story: 22 Steps to Becoming a Master Storyteller by John Truby 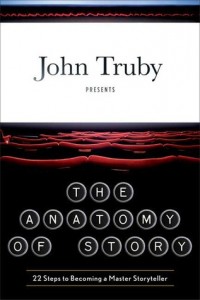 I discovered this book last year, and I’ve never found one which breaks down the relationship between character and plot so well. So many writing books separate each part of a story into separate elements – plot, character, dialogue. Truby points out how a character’s moral problem drives every other part of the story and breaks this down using easily accessible examples.

He offers in-depth ways of structuring your book, breaking each part down into steps that will challenge you as a writer. I found it most useful for breaking down preconceived notions of what my book should be about, and getting more meaningfully into the story. I highly recommend reading through this book at a slow pace and working through each exercise. The book has transformed my writing process and allowed me to get new clarity on my next project.

The Tough Guide to Fantasyland by Diana Wynne Jones

This book nails everything that is wrong about Epic Fantasy. Diana Wynne Jones hammers every trope in Fantasyland and then some, in a hilarious book.

The book is written much like an A-Z travel guide, as if you’re going off for an adventure and here are the things you should look out for. It’s a book you can peruse through at leisure, read out random quotes to your fellow orcs and roll around on the ground laughing. Even though it’s not technically a writing how-to book, I think it should be required reading for fantasy authors. Then there wouldn’t be so much of the same old stuff coming out. Dragons. Stew. Princesses. Swords.

[…] Kat Clay invited a few guests to share what they think are the best books about writing genre. […]