Last week I finished reading Rebecca by Daphne Du Maurier (yeah I know, it’s a classic and I should have read it eons ago!). As a writer, you spend all your time searching for the book that will blow you away, hoping the next one will be spectacular, and the next one. And usually books are good, but then there are some that leave you lying on the floor in shock.

Rebecca is one such book. From the very first line “Last night I dreamt I went to Manderley again…” (which must be delivered in the same swooning voice as Meryl Streep declaring “I had a farm in Africa”), to the mic drop of an ending, Rebecca is a masterpiece from start to finish.

Rebecca is the original domestic noir. A young woman who works as a companion to a whinging old lady on holidays meets the charming Maxim de Winter in Monte Carlo. I mean, who wouldn’t be swept off their feet by the handsome Maxim driving all over the French roads in his sports car being all moody? Within weeks they are married, and she finds herself the mistress of a mansion in rural England: Manderley. With it comes the ghost of Maxim’s first wife, Rebecca.

So, without further ado, my thoughts on Rebecca by Daphne du Maurier.

The first thing of note is that Rebecca is narrated by an unnamed woman. She is slighted throughout the novel by the dead, but ever present, Rebecca. I wasn’t going to be surprised if Rebecca turned up at the end of the novel going “Je Reviens, baby.”

Rebecca is there in the housekeeper Mrs Danver’s Annie Wilkes-esque adoration (trust me lady, you should have fired her when you first got the heebie jeebies), she is there in the very fabric of Manderley, the papers on the desk, the trinkets, the gardens, down to the very roots of the plants themselves. She hovers in Maxim’s subconscious, driving a wedge between him and his new wife. She is there in the conversations between neighbours and old relations, even in the expectation of throwing a fancy dress party. Note to narrator, don’t take Mrs Danvers’ costume suggestions. Ever.

And how Rebecca leaves the narrative is just as important. Maxim is so caught up in the fact that he killed her (and I’ll come back to that in a sec), that it could almost be anti-climactic to find out that Rebecca was dying of cancer. But Rebecca has been a cancer through the whole book; she eats away at people even after her death.

Rebecca is regarded as a monster, a heinous woman because she is the antithesis of how women should behave. She is unable to bear children. She sleeps about with her cousin and other men, and as is suggested by the afterword, other women. Du Maurier leaves it mostly to imagination, leaving the reader to understand Maxim’s horror at her actions, so horrific he could not tell anyone. But why was he so paralysed by her behaviour?

Because Maxim is representative of the masculine status quo. He is so caught up in appearances – what would people think of Manderley? Of the family? Of him? – that the next wife he gets is the complete opposite of Rebecca. And we should be horrified with him at Rebecca’s behaviour, but by the end of the novel, I’m not so sure. Maxim and the unnamed wife have swapped moralities with Rebecca; they are not as clean and perfect as she would have you believe.

No, what is most shocking in Daphne du Maurier’s Rebecca, is the ease of complicity in Rebecca’s death. When Maxim confesses he killed Rebecca, his unnamed wife is glad! She doesn’t recoil with horror that her husband killed his first wife. She’s fine, because that horrible woman is well and truly gone, and he never loved her. Rebecca’s murder secures her insecurities. Her place as wife and future mother of Maxim’s children is safe.

In any other writers’ hands, this would be the point of disbelief. What woman in their right mind would stay with a man who’d confessed to murdering his wife? But Du Maurier has set up the delusions of the character so well, that to stay with Maxim is a convincing character choice. She has nowhere else to go, so why not stay the mistress of a manor?

As it turns out, almost everyone knows Maxim killed Rebecca but we’re all cool cause this is the country and we’ll pretend it didn’t happen cause the land agent Frank has the hots for Maxim and the cops still want to get invited to dinner at Manderley.

And in the end, when the flames of Manderley are burning, the ash flying towards them, they cannot run from the past, they cannot put things behind them no matter how hard they try. Ash will land from the fire. 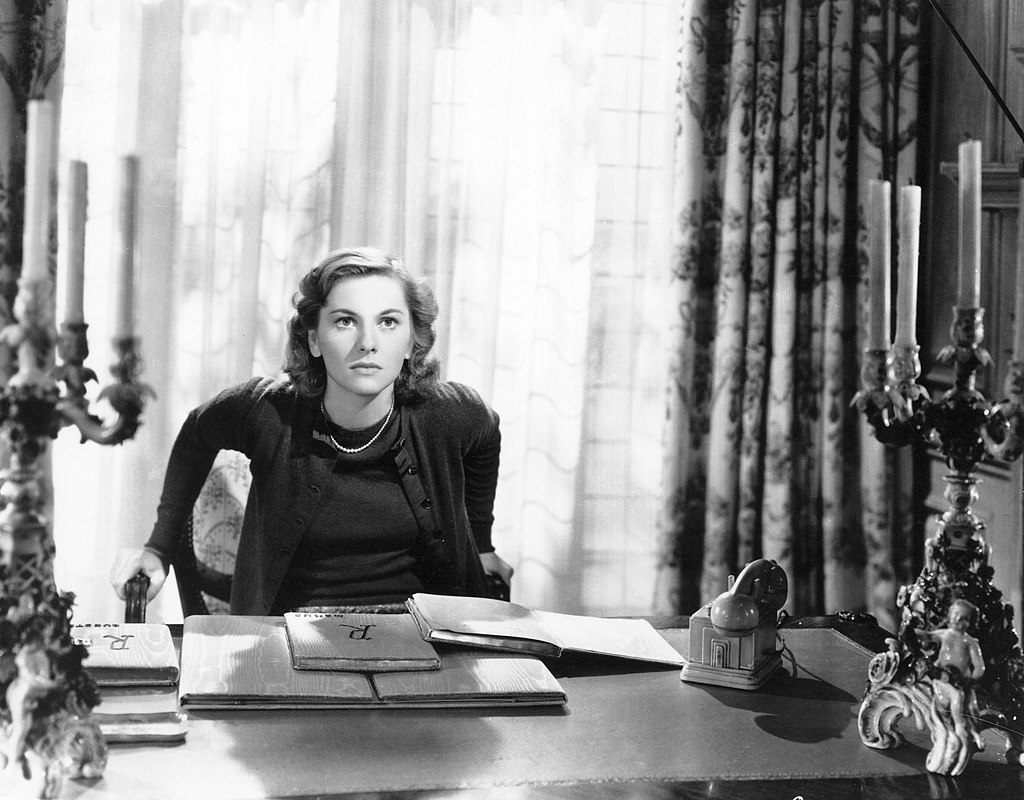 It would be remiss not to mention the sense of place Du Maurier creates within Manderley and its grounds. The weather, the foreboding of the fog rolling in from the water, especially when Mrs Danvers tries to get rid of the narrator, the evocative boat crash, and the sightseers that watch on, all create this sense of foreboding. The book would be greatly diminished without Manderley, nor would it fulfil its gothic sensibilities. You can’t do gothic without a fabulously terrifying house, moody moors and locked wings. The Brontes would not approve.

The legacy of Rebecca by Daphne du Maurier

Rebecca was turned into a film by Alfred Hitchcock, but it’s high time for a remake, with Netflix soon delivering a TV series. Daphne du Maurier has left an incredible legacy with Rebecca, creating a whole new aspect of both gothic and noir, which has no doubt influenced books like The Haunting of Hill House by Shirley Jackson, where another delusional woman takes up residence in a haunted house.

After reading Rebecca, I could imagine it being published today, even though it was written in 1938. It’s a book that remains important with its exploration of the cultural and relational expectations of women. We’re still not past the stage where Rebecca has lost her shame or her relevance.

As she would say, Je reviens, baby.

Have you read Rebecca by Daphne du Maurier? Let me know what you thought in the comments below.

The photos in this post are from the original Alfred Hitchcock film Rebecca and used from Wikimedia Commons.

Latest on the blog