Last weekend went to one of the biggest writing conventions in Australia: Genrecon. It’s held every two years in sunny Queensland. I had a blast last time I went, so I wasn’t about to miss out this time. The last four months have been tough for me and I came into Genrecon feeling creatively spent. I needed to recharge as a writer. So shenanigans were had, karaoke was sung and they even let me moderate a panel. But first…

This year, Genrecon had an academic symposium on the Friday called Genre Worlds. I only attended two talks as I was in and out. Turns out sunny Queensland was rainy and cold Queensland and I needed to buy a jacket. As one of a few female noir writers in Australia, I enjoyed Leigh Redhead’s talk on Australian noir. She discussed the differences between masculine and female themes in the genre. It was such a good talk that I stopped taking notes and asked for a copy of her presentation.

I enjoyed a lot of the professional panels. It’s weird how much I’ve grown in the last two years as a writer. I’m not so much of a n00b anymore. As I’m looking for an agent, I found the panel on contracts and what to look out for very helpful. The panel on what writers get wrong was an absolute hoot. From the FBI to galloping horses, the authors tackled it all. It ended with a discussion on how a demon horse could get from elftown to dwarftown. Important stuff. 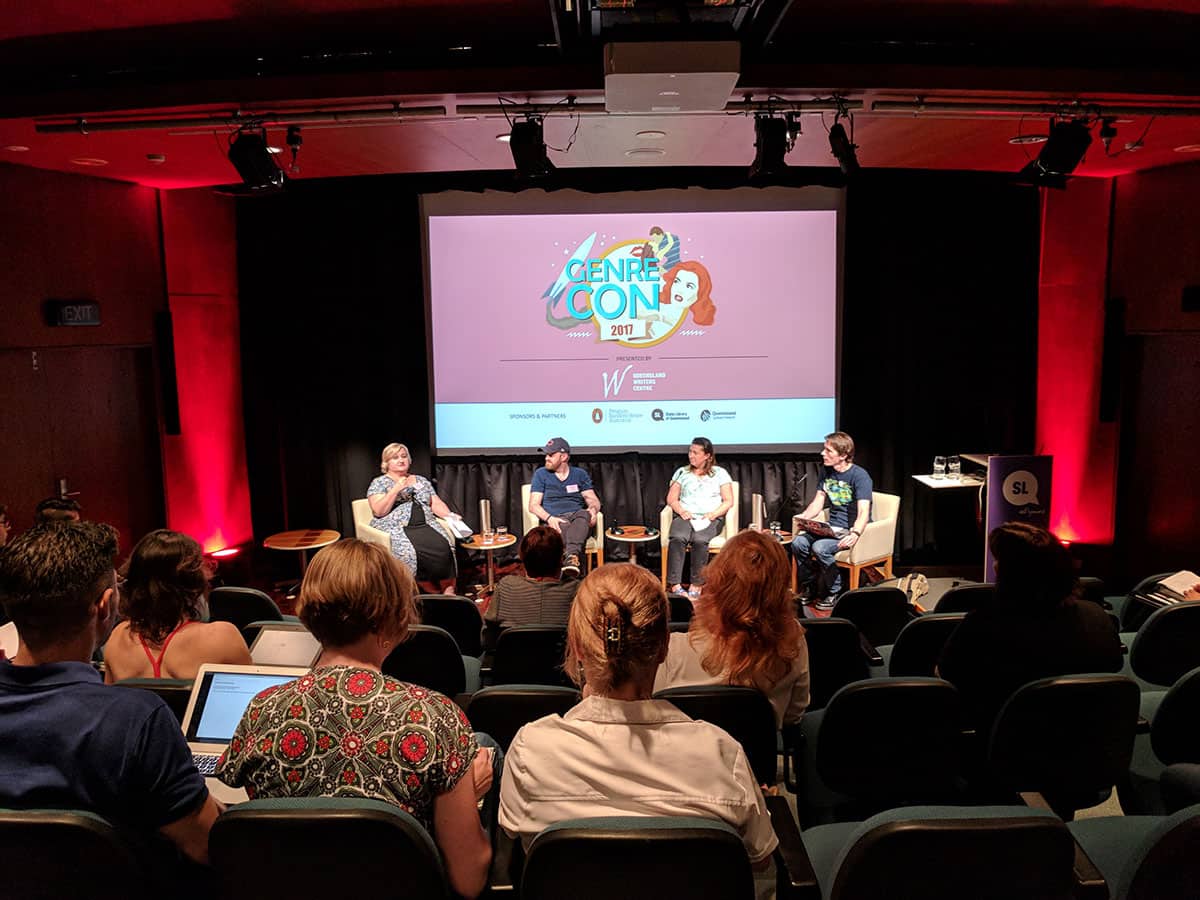 Someone at Genrecon HQ let me have a microphone for one of the panels. They obviously didn’t hear my karaoke the night before. It was a real highlight to be part of the program moderating the Book Launches panel with Amy Andrews, Trent Jamieson and Emma Viskic. The panellists were very gracious and easy to talk to, which made my life a lot easier.

I’ve been working hard on improving my moderating skills at local conventions, so I was stoked to be able to try my hand on a bigger crowd. I had some great feedback from the audience and a few people told me that they got a lot out of it.

The biggest thing I got out of Genrecon was a good kick in the pants. Not literally. The metaphorical get back to work kind of kick in the pants. I really enjoyed Zaide Bishop’s talk on how she manages half a million words in a year (yes that’s right, half a million). I tend to piss-fart around and procrastinate on what project I need to do next. It was a very inspiring, no-nonsense talk including her tips to work on one project on a time, bin projects you’re not working on, write in spurts, write in intensive sessions, just write dammit! I needed to hear it. 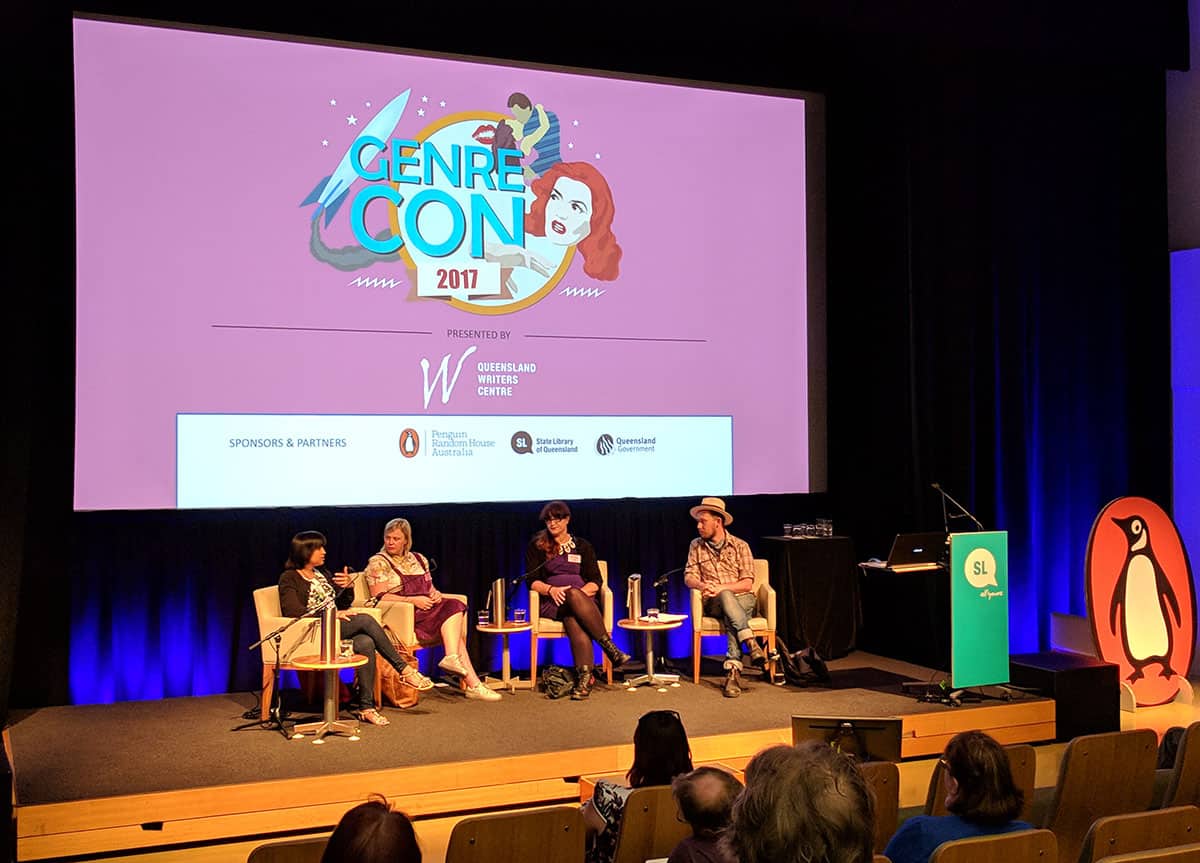 Finally I’m really grateful to Peter Ball and the Genrecon Ninjas – they did a smashing job putting this on. Sigh, only two more years til the next Genrecon.

Hey Ree! It was a great weekend and yes the food was good 🙂 Hopefully we can hang out at a Melbourne convention.

Good wrap up Kat. This was my second GenreCon and both times it’s been a great experience. Always plenty of good insights, and good food, too!