Each year I sum up the wonderful books I’ve read over twelve months. They’re not necessarily published in 2017, but I like to share what I’ve been reading. My tastes generally run to genre fiction, especially noir and weird fiction.

Although it’s been a good year, it was also stressful. Between moving house and changing jobs, I didn’t meet my goal of 52 books in a year. I read 46, although I have a few in progress I should finish soon. Sometimes you need to allow yourself time to deal with life.

I felt like I didn’t read a lot of life-changing, knockout books this year. I read some good ones, a lot of average ones, but there were only a few I absolutely loved. 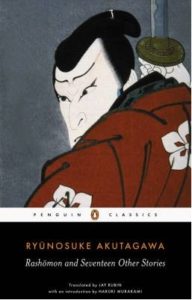 The best thing I read all year was Ryunosuke Akutagawa’s collection of short stories published by Penguin Classics. I can’t recommend this collection enough. I had read In a Bamboo Grove before, but I’ve loved discovering some of his other work. Akutagawa’s range and depth is highly skilled. I loved the stories which combined the supernatural with social commentary. Favourites included the classic Rashomon, the bizarre afterlife of Horse Legs, the tragic ending of Spinning Gears and the incredible opening of The Story of a Head that Fell Off. Added to this is the excellent translation by Jay Rubin, introduction by Haruki Murakami and the extensive end notes. I’m loving the Penguin Classics short story collections. I wrote an essay on the Akutagawa story Hell Screens for Weird Fiction Review here. 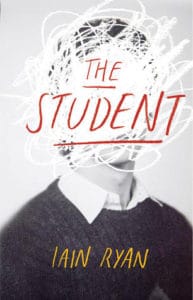 The Student by Iain Ryan

I read The Student in about three days. A university drug dealer runs out of merchandise and the payments are due on his parent’s house. He’s got to figure out why his supply has dried up and solve a campus mystery at the same time. It’s a perfect noir setup: The Secret History meets Winter’s Bone. The book travels deeply into the notion of what makes good people do bad things, and the disenfranchisement of early adulthood. What do I do with my life? How do I become a good person? Plus there’s a few genuinely surprising plot moments in this sharply crafted bogan noir. 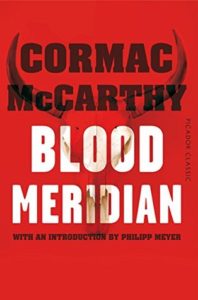 Blood Meridian, or Evening Redness in the West by Cormac McCarthy

My recommendation of Blood Meridian comes with a caveat. It’s not a book I recommend lightly, nor is it a book I enjoyed reading. It’s an awful book full of awful people doing awful things to each other. It’s also unlike anything I’ve ever read in my life. Profound, Biblical and terrifying. It’s a book I can’t stop thinking about, and it’s also a book that makes me wonder if I’ll ever write something as good. Blood Meridian is NOT for the faint of heart. So if tea parties and dainty dresses are your thing, then abandon all hope ye who enter here. But it has some of the most original and iconic scenes I’ve read in literature. If you like films like There Will Be Blood, or if you’re familiar with McCarthy’s other work, go check it out. 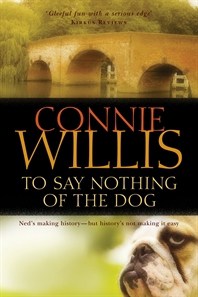 To Say Nothing of the Dog by Connie Willis

There’s not enough jolly, laugh out loud science fiction in the world. Thankfully To Say Nothing of the Dog is delightful romp through Victorian era Oxford by a lost time traveller. If you’re a fan of Wilkie Collins or the BBC Pride and Prejudice, you’ll really enjoy this, especially if you’ve read Three Men in a Boat. Hilarious comedy of manners with a cat, a dog and a very lost man.

Honourable mentions: The Cormorant by Chuck Wendig (THAT ENDING!!!) and The Blood of Whisperers by Devin Madson 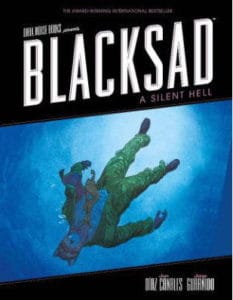 Blacksad is a black-cat private investigator. Together with his friend Weekly, they must investigate the disappearance of a famous jazz pianist. The stories are reminiscent of classic film noir, with sexy women and devilish men. Except this time, they’re all animals. The illustrations by Juanjo Guarnido are insanely detailed; some of the best watercolour work you’ll see in comics. The expressions on the animal faces are truly human. 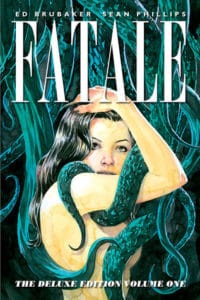 I’ve become a massive Ed Brubaker and Sean Phillips fan since I read The Fade Out. I’d been wanting to read Fatale for ages. And lo and behold, it has an introduction by Megan Abbott. Fatale is Lovecraft meets the femme fatale. Trapped in an eternal cycle of attracting men, the supernatural Fatale tries to escape from cultists, but finds she can’t ever run from her origins. Brings to mind Jessica Rabbit’s famous quote “I’m not bad, I’m just drawn this way.” Kudos for managing to squeeze in a hammer horror reference. Fatale oozes cult horror meets intellectual commentary.

I read about 40-50 short stories this year, which is a pretty big improvement on last year’s efforts. So the best ones I read were:

Other cool book things that happened in 2017

I got to meet Megan Abbott at the Melbourne Writers Festival. If you’ve been following my yearly summaries, I’m a big fan of her work. So I was super excited to meet her and get a book signed. I also went to some great book launches at the Grub Street Bookshop in Fitzroy.

I’ve got a great feeling about 2018. This year good things are going to happen and books will be read. In the meantime, I’d love to hear what your favourite books are from 2017 in the comments below.