Each year I take some time to reflect on the books I’ve read throughout the year. I read 67 books in 2016, which is a recent record for me. You can see almost all of them on Goodreads, but I wanted to highlight some of the special ones in my unofficial awards below. These books are from all different publication years, not just 2016. And as for my personal tastes, I only really read genre fiction (apart from the intriguing non-fiction books). 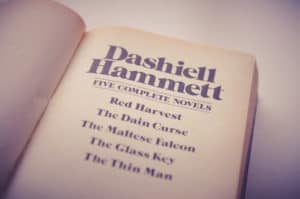 I set myself a reading challenge every year; this year it was to read the complete novels of Dashiell Hammett. Did I get there? Yes I did!

I loved reading Hammett’s work. I’d read Red Harvest previously, but none of the other novels. The Maltese Falcon stands out as a must read for anyone interested in crime, banter or sheer entertainment. I had varied reactions to his other works. While The Thin Man is entertaining with its two charming protagonists, I found it a bit stop-start. The Dain Curse is notable for its use of a ‘pineapple’ as a plot device (although it felt a little bit Scooby Doo with its haunted house and family curse plotline). In Red Harvest, I love the men running in with guns. I’m just about finished with tough guy crime novel The Glass Key, but I’m calling it for the end of the year.

But what’s the challenge for next year? I’m not sure, and I’ll welcome your suggestions. I’d like to read at least 100 short stories, as I’m working on short fiction next year. I’d also like to focus on a female writer for 2017, potentially Octavia Butler (I’ve already read some of her work, but she’s an all time favourite). 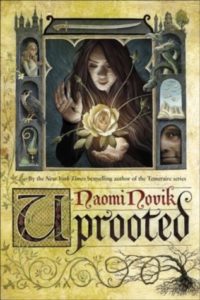 A new take on the classic fairytale, where a young woman is abducted by a wizard to serve him in the tower in the forest. I had the same joyous feeling reading it as I get watching Studio Ghibli films – that utter sense of wonder at a world full of magic, complex characters with complex connections to the environment around them. Despite the pretense of a fairy tale, at heart this is a story of where put our roots and how we grow as people. I read this book in two days, then re-read the ending because I loved it so much. 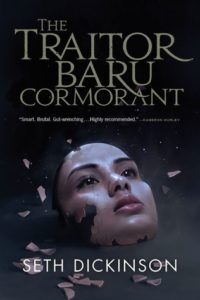 (published in Australia as The Traitor)

This is the most exciting book about an accountant I’ve ever read. The Empire of Masks has taken over Baru’s homeland, abolishing her culture. So the only way to seek revenge is to infiltrate the empire she hates so much. Baru is forced to make some very difficult choices along the way, and Dickinson doesn’t pull any punches. I was surprised this book didn’t get more love in the awards nominations this year.

A Clockwork Orange by Anthony Burgess 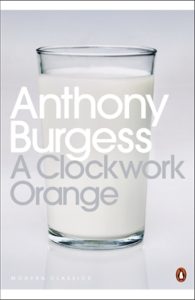 A classic novel about the nature of free will, man and God in a dystopian England. There are some pretty horrific elements in this story (especially violence towards women), but in creating this reprehensible character Burgess is asking how far we would go in allowing free will? Where does justice and government draw the line? Moloko anyone?

A Gathering of Shadows by V.E. Schwab 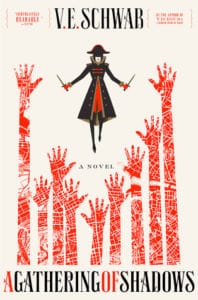 Last year I listed the first book in the series, A Darker Shade of Magic, as one of the most entertaining books of the year. The sequel was just as good. Plus it had lady pirates. It is fun reading for intelligent folks, especially those who like rogues, magic, cities, romance, pirates, thieves and magical jackets. There are plenty of gasps and surprises along the way, and I really enjoyed how V.E. Schwab built the tension up between the main characters in the lead up to the games. Can’t wait for the sequel!

Die a Little by Megan Abbott 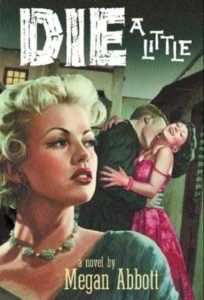 There’s a certain deliciousness about the way Abbott approaches noir. You know it’s bad, but it’s so, so satisfying. The blurb pretty much explains it all:

How does a respectable young woman fall into Los Angeles’ hard-boiled underworld?

This is a fantastic take on the good girl gone bad tale, and all in fabulous outfits. The rivalry between the two female characters is sensational, and it’s not until the last few pages you realise how far Lora King is willing to go for her brother Bill.

The Maltese Falcon by Dashiell Hammett

If someone ever asks me for a definition of hardboiled, I’ll slap a paperback of the Maltese Falcon in their hand. By the end of the book, Sam Spade has three guns, two fists and a femme fatale cooking bacon… it’s gloriously punchy and packed with sharp lines. It’s more than pulp, it’s a book which defined a genre. A must read for crime afficionados. 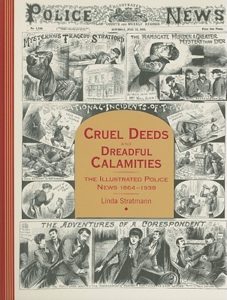 I read a lot of non-fiction this year in researching my new crime novel. Being the woman of macabre tastes that I am, I really enjoyed Mary Roach’s Stiff: The Curious Lives of Human Cadavers. Yep, it’s a history of what happens after you die (the physical stuff, not the metaphysical stuff). Not for the faint of heart, it traverses the world of morticians, autopsies and investigation.

While I read a lot of Victorian history books, Cruel Deeds and Dreadful Calamities: The Illustrated Police News 1864-1938 stands out as an excellent history book, if you can get your hands on it. It’s quite rare, and costs at least $120 AUD second hand (thankfully I got mine as a birthday present). There are high quality reproductions of the illustrated newspaper covers, including some pretty fantastic ones with octopus attacks and precocious females.

My other highly recommended non-fiction book is Flaneuse by Lauren Elkin, a history of women walking the cities. I’m not quite finished it yet, but it contains personal reflections on her travels through Paris, London and Tokyo, mirrored with the lives of female artists and writers. 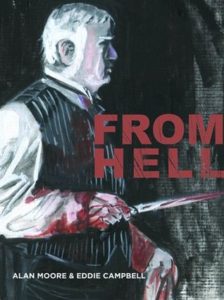 With my love of noir and hardboiled, who could resist the Fade Out? With some nods to L.A. Confidential and the Black Dahlia, and an ending as bleak as a storm, the Fade Out channels classic noir.

I also caught up on the Alan Moore comics I hadn’t read, and the graphic novel to end all graphic novels: From Hell. This detailed masterpiece about the Jack the Ripper murders in Victorian London transcends a crime story to become a meta-tale of London and the foundations of the city. For me, no one should ever write another fiction about Jack the Ripper, because none of them will ever top this.

80s neon-noir tribute Limbo is also worth checking out, especially for the excellent illustrations by Caspar Wijngaard. 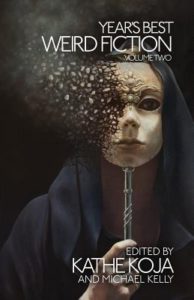 I only read one anthology this year, because I was focused on writing my novel. So I did enjoy and recommend The Year’s Best Weird Fiction Volume 2 edited by Michael Kelly and Kathe Koja. My full review is over at Weird Fiction Review, but I loved Julio Cortázar’s Headache and Carmen Maria Machado’s The Husband Stitch.

I also read The Bone Flute by Lisa Tuttle, a haunting science fiction short story with an ending that still stays with me. I also recommend The House That Creaks by Elaine Cuyegkeng, published in the Dark this year.

The good news is that I’m dedicating next year to writing short stories, so I’ll be reading a lot more of them.

What’s the best thing you’ve read all year? Let me know in the comments, I’d love to hear your recommendations!