The 20 Greatest Books of All Time (according to me)

Yes, these are the 20 greatest books of all time. According to me, rather opinionated lady writer.

Ask anyone for a list of the greatest books of all time and you’ll end up disagreeing with them. It’s not that they’re wrong, it’s just that so much of what people love about books is subjective. For that reason, I decided to share the books which have moved me and changed my life. The books below are listed in no particular order. With 69 books on my favourites list on Goodreads, it was hard to whittle it down to 20.

You might find some books you love. You might disagree completely. I want to hear your best books. Argue with me, please.

Pride and Prejudice by Jane Austen

I once forced my husband listen to me read the entire book out loud pretending to do BBC Pride and Prejudice. We’re still married, which is probably testament to the quality of Jane Austen’s writing and not my voiceover skills. Jane Austen is the QUEEN of the burn. The incredible thing about her work is that it’s still so contemporary – despite the changes in technology, opposites still attract, arrogant men still ditch women at parties and some mothers are complete gold-diggers. Who could forget Lady Catherine De Burgh or Mr Collins? 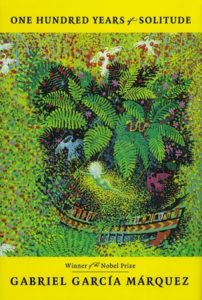 One Hundred Years of Solitude by Gabriel García Márquez

There are very few books I’ve read more than once. I’ve read this book four times. It covers one hundred years in the town of Macondo, following the Buendia family. Magic realism abounds; there are cases of insomnia where people forget the meaning of written language, yellow flowers that rise into the air, and the idea that time is simply repeating itself. 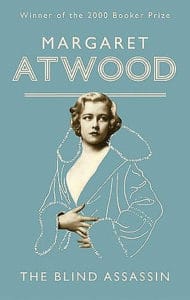 The Blind Assassin by Margaret Atwood

You know those books that leave you shellshocked for days? This is it. Atwood captures multiple narratives in one, without ever letting them slip, forward to a devastating conclusion. It is the story of a sister’s death, it is a pulp fiction novel, it is a love story and a shocking family history. The narrative structure is one of the best I’ve seen, and something I aspire to and refer back to as an author on a regular basis. 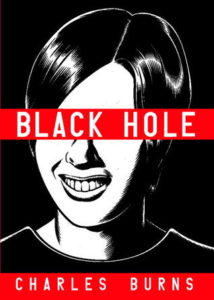 I’m a sucker for a high school story, and no one captures the loneliness and isolation of high school like Charles Burns. I love the weirdness of his writing. In Black Hole, a strange plague manifests on the skin of students who have had sex. The whole book is a metaphor for the alienation of teenage life, but it’s done in such a skillfully illustrated and written way.

The Scar by China Miéville

If you’ve ever hung out with me to talk about writing, you’re probably sick of me talking about China Miéville. His work is a huge influence on my own, and this for me is the most moving of his work. The second book in the Bas Lag trilogy, Bellis Coldwine escapes the city and flees to a massive floating Armada, where the Lovers search for a giant sea creature. The level of creativity and imagination in this work is like nothing else in fiction. 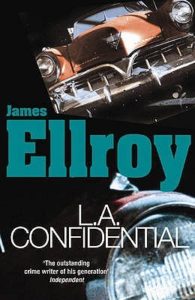 I discovered James Ellroy when I was living in France. I’ve since read most of his work. It’s confronting and uneasy, but the staccato prose is worth studying for fiction writers. No one writes with the same brutality as Ellroy. This tale of three LA cops investigating the Nite Owl Massacre confronts ideas of masculinity, violence, racism and corruption. It’s also one of my favourite films. 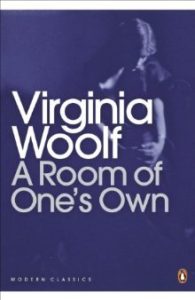 A Room of One’s Own by Virginia Woolf

Following the hyper-masculinity of Ellroy’s work, is a key work of feminist non-fiction, A Room of One’s Own. I read this at high school for my final year exams, and it had a profound effect on me. Women should write. To do so, you need space and money, but even if you don’t have those things, write anyway. All stories are valuable. 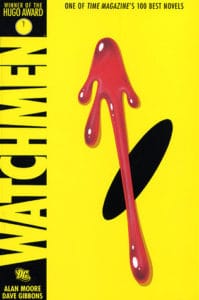 It was a toss up for me between From Hell and Watchmen, but Watchmen is a powerful narrative about uncovering the truth, and uncovering America. A group of washed up superheroes investigate the murder of one of their own. It destroys the superhero myth in comics with these flawed characters. 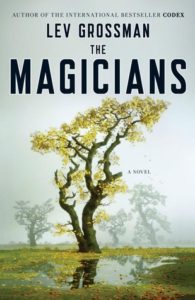 The Magicians by Lev Grossman

There’s a short list of books that made me cry, and this is one of them. I’ve never read a book that so perfectly captures the feeling of being a high-achiever in school, then thrust into the real world. Plus there’s magic. Quentin Coldwater enters Brakebills magical academy and discovers the fictional world he loved as a child is real. The whole trilogy is amazing, but you’d better start here. 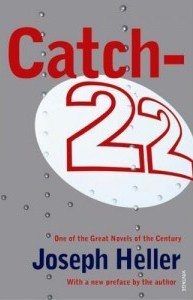 Ironically, I bought this book in high-school, then heard that afternoon that Joseph Heller had died. The reason I read it is slightly dubious… I saw someone cool reading it and thought I should read it too. Because reading is cool. Thankfully, it’s an amazing book which balances black humour with the horrors of war. If you enjoyed M.A.S.H. you’ll love this. 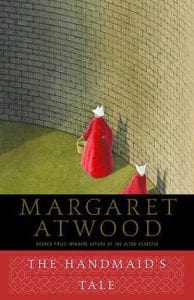 The Handmaid’s Tale by Margaret Atwood

She’s back. Yes, Margaret Atwood has influenced my own writing so much. Another writer I discovered when I lived in France. This is a harrowing tale of a future where women’s bodies are not their own property. The women that can have children are used as forced surrogates for the rich. I’ll never forget the imagery of the women walking along the wall. 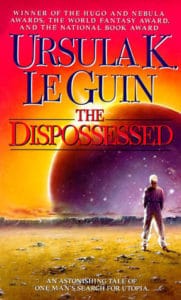 The Dispossessed by Ursula Le Guin

On any given day, I can oscillate between my love of The Left Hand of Darkness and The Dispossessed. Which is better? I can never make up my mind, but The Dispossessed often edges out over the other. It’s a science-fiction novel about Shevek, who travels to a completely opposite world to his own, and how the idea of home is different, but no less valuable, to everyone.

John Hersey travelled to Hiroshima a year after the atomic bomb was dropped, to document the stories of the Japanese survivors. It’s a harrowing book, telling the story of the bomb being dropped by those who experienced it, focusing on normal people like a doctor and families affected by the bombing. Truly moving and a must read. 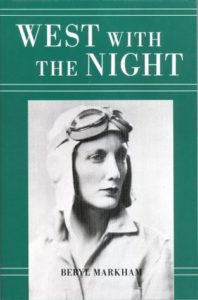 West With the Night by Beryl Markham

Beryl Markham was an early female aviator, and this autobiography documents her life flying planes in Africa. It’s incredibly well written and a moving vision of her life. You feel like you’re in the plane alongside her. 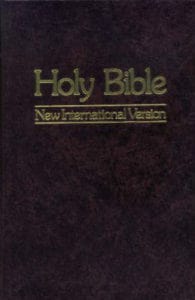 I was tossing up putting this on the list for want of sounding like a Sunday school teacher’s pet. But if we’re talking about books that changed my life, this is definitely on the list. The radical social justice ministry of Jesus is very important to my own personal faith and ethics. 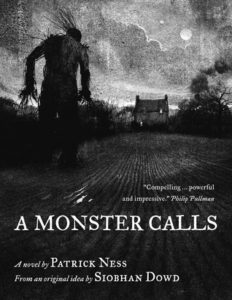 A Monster Calls by Patrick Ness

All of Patrick Ness’ work is incredible, but this book is the best of all his work to date. Everyone these days knows someone who has been touched by cancer or has had cancer; I read this about 3 months after my Grandpop died from cancer. It just captures the feelings everyone goes through when someone close to you is in pain, the longing to help them but also the inability to do anything. Bring tissues. 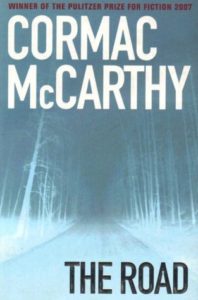 The Road by Cormac McCarthy

A father and son walk down a broken highway in an America scarred with devastation. The world is burnt, food is scarce and scavengers are plenty, looking for new victims to feed their survival. The highway is called ‘The Road’, and it is the same name given to Cormac McCarthy’s Pulitzer Prize winning novel. With the most austere language, McCarthy manages to convey meaning in a world where meaning is lost.

The Twits by Roald Dahl

This was my favourite book as a kid, and I still love it. It was the first book I ever finished reading in an hour. I timed myself reading it one day before school in first grade. Mr and Mrs Twit are two of the most memorable characters in children’s fiction. Who can’t forget the glass eyeball at the bottom of the mug? Or the monkeys getting their revenge… 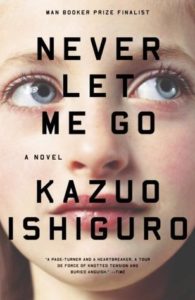 Simply put, Never Let Me Go is the story of an idyllic childhood at a boarding school, and the friendships that evolve from this experience. But it’s so much more. At the heart of the novel, Never Let Me Go is a love story and a story about the human soul. Ishiguro makes important points about the nature of art defining the presence of a soul. That through expression – painting, poetry and dance – we demonstrate our ability to love, but in being human, we open ourselves to heartbreak.

So I want to know, what’s your favourite book? Hate any of the books on my list? Beg to disagree? I’d love to hear from you in the comments below.